Three Reasons I Am Prolife 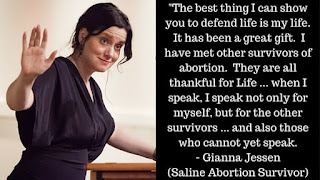 Image credit: Church Leaders
Future Female Leaders did an article a while ago to discuss why women are prolife. Yours truly participated in the article. I thought I could share my thoughts about why I'm really prolife. The reasons I've included were the top three reasons I could think of that truly mattered. Feel free to comment your thoughts as to why you're prolife!
Reason #1: The correlation between the abortion industry and human trafficking.
There's a serious correlation between the abortion industry and human trafficking. It's simple. Human traffickers cannot take the chance of a pregnancy with their female victims, as that woman (or even female child) will not be out on the streets to earn them more money. That's why they will take the pregnant woman to an abortion clinic to remove the "problem," so the victim can be put back out to earn more money. I've written about this before, but in some cases, the victims had multiple abortions. One that comes to mind is a victim who said she was forced into aborting 6 times. The traffickers use physical and mental manipulation/threats to force the victim into doing their bidding. Abortionists look the other way. Even if they know the victim is underaged, they'll cover it up.
The same victim of 6 abortions stated the following: "I got pregnant six times and had six abortions during this time. Several of them were from a doctor who was a client - he did them backdoor. At least one of my abortions was from Planned Parenthood because they didn’t ask any questions. You went backdoor where the charge was more like $150."
If that's not enough reason to disavow the abortion industry, I don't know what will. The prochoice side likes to claim they're the side for women, yet you never hear them discuss stories like the one I included.
Reason #2: The support for aborting based on disability.
There are many prochoicers who supporting abortion based on if a baby has a prenatal diagnosis of a disability. Doctors will recommend abortion every time when these disabilities are discovered. I remember a speaker coming into my Disabilities course at UF, talking about her daughter's cerebral palsy, and how the doctors immediately told her abortion would be the ideal course of action. Mahgdalen Rose said the same in our interview when discussing her mother's pregnancy with her. To say someone's life is worth less because they have something "wrong" with them is disgusting. I think this, if nothing else, is enough to turn me away from the prochoice side because I cannot agree with this belief. Iceland likes to brag that they "got rid of Down Syndrome" in the country. That's not true. They've killed everyone who was prenatally diagnosed.
I have discussed this, but my brother is severely autistic. Life is never easy with him, but I would never support his life being ended or never existing. His life is precious in God's eyes and in our family's.
Reason #3: The destruction of another's life.
This is the most obvious reason to be against abortion, I'd assume. The methods of abortion are horrendous. Saying it is morally acceptable to remove someone's life because you deem it less than is seriously messed up. I love the quote from Ronald Reagan where he says, "I've noticed that everyone for abortion has already been born." These people claim to be against having men "mansplain" yet do the same for the unborn. Prochoicers claim to be for women's rights, yet are completely okay with advocating for sex selective abortion. They claim to be for social justice and racial justice, yet don't care about these causes when it comes to the womb. This isn't opinionated (okay, some of it is); it's the truth. Do some research on Margaret Sanger, and learn why Planned Parenthood was founded. It's rooted in racism and eugenics. It's a dark truth, just like the truth of the founding of gender studies. If you don't know about that, check out my recent article regarding John Money and gender studies. 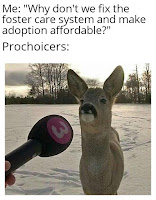 Even saying it's "mercy" to abort because the kid could end up in horrible circumstances if born is a poor argument. 1) You don't know if that's the case. 2) Everyone has a hard part of their life. We all struggle. 3) Why don't we try to fix the problems. Instead of removing the sufferer, why not work to make adoption more affordable, fix the foster care system, etc.? A prochoicer says "You need to adopt all the kids if you're prolife." Do you tell the American Diabetes Association that they need to cure cancer, autism, and heart disease to care about diabetes? No. Why? They're unrelated. The prolife movement is based on making abortion unthinkable.
Many prolifers, ironically, are more likely to adopt and help women in need. But prochoicers will use these idiotic arguments to make a point. It's just like saying "If your daughter was raped, would you force her to carry that child?" These arguments are just meant to shut you down and make you uncomfortable, so they can believe they "owned you."
I really don't understand how people could support the prochoice movement based on what I shared. Hollywood, mainstream media, 90% of the political elites, academia, and all the other Leftist run think tanks push you cannot have a career if you have a child. Wasn't that the point of the feminist movement? To prove women don't have to be home so they can do both? Why are we choosing to regress?
These are my top three reasons why I choose to be prolife. Like human trafficking, we must make abortion unthinkable.
Remember to follow me on Twitter, Facebook, Telegram, and now, Instagram!!
- May 14, 2021 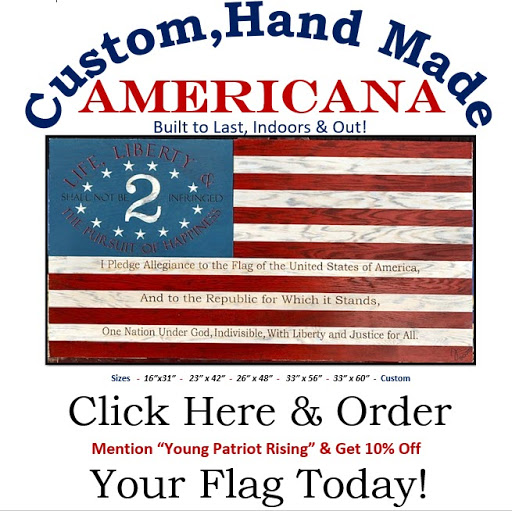 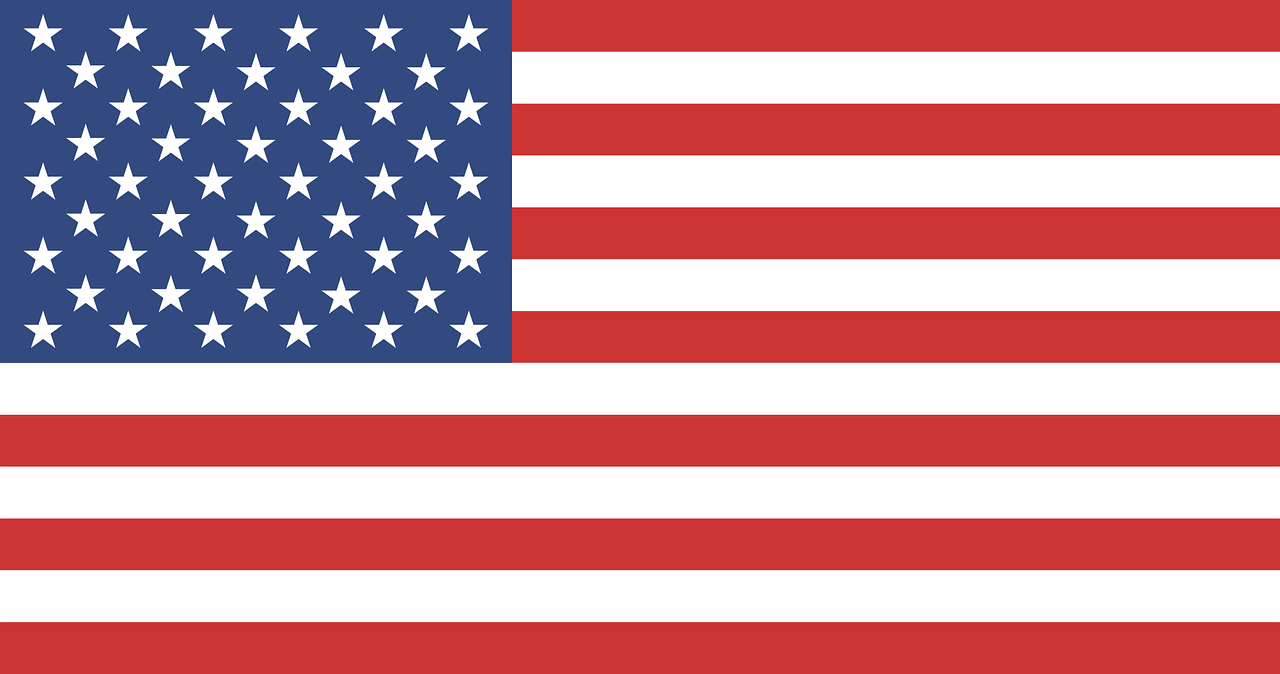